Having started my Scandinavian train adventure in Bergen, where I stayed for four nights and included a trip to Norway’s book town in Fjaerland, I took the world famous train trip, onwards to Oslo.  Here in Part 2 of my scandanavian adventure blog series I let you know what the highlights of Oslo were for me.

Here’s the link to my blog about visiting Norway’s booktown, Fjaerland.

Oslo was founded in about 1000 AD and was originally called Oslo because of its location.  There was a huge fire in 1624 and when the town was rebuilt the King, Christian IV, renamed it Christiania.  In 1877 it was called  Kristiania and then in 1925 changed its name back to the original Oslo.

My Low points! :- I had scheduled only two nights in this city because not only had I heard it was expensive but found it expensive when looking for accommodation.  I try very hard to budget less than £100 a night on accommodation though I do like to have a reasonable standard.  I want my own bathroom for example.   The hotel I booked into in Oslo was the cheapest I could find that wasn’t a hostel and it was £100 a night.  I absolutely hated the hotel with a passion.  If I even go to Oslo again I will have to save up and spend the money.

Oslo is a compact city which makes it very walkable!  As I only stayed 2 nights and arrived during an afternoon and left first thing in the morning, I didn’t have a great deal of time to explore but I did fall in love with this beautiful city and found some of the most interesting places!

The Oslo Opera house is an architectural diamond with a beautiful spot on the water.  It is possible to walk on the roof and is definitely worth a visit. 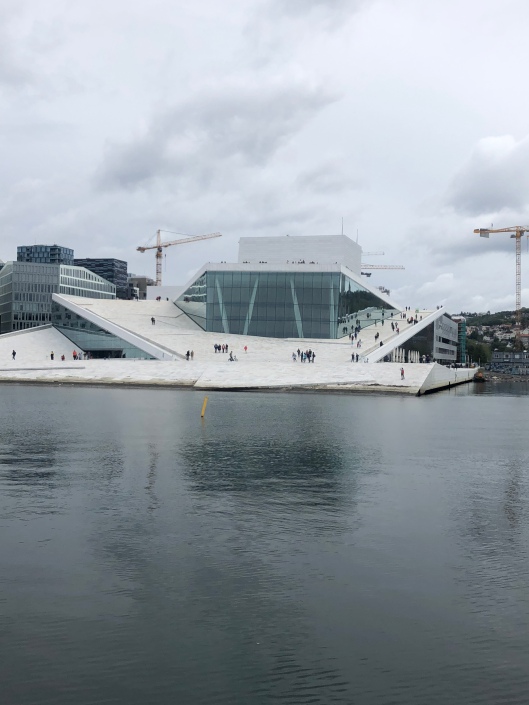 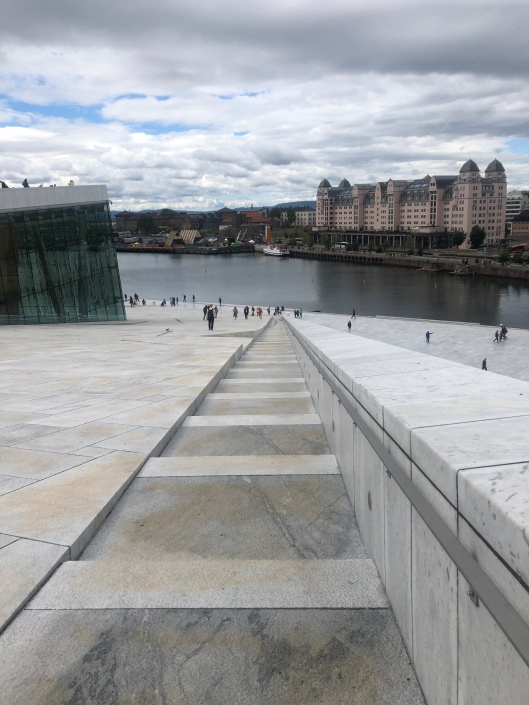 It is a requirement (apparently) to take a selfie with The Scream at the National Museum.    The rest of the museum is well worth a visit but it was definitely exciting to see The Scream in Norway.  The queues are huge because of the popularity of the selfie so buy your tickets in advance to jump the queue. 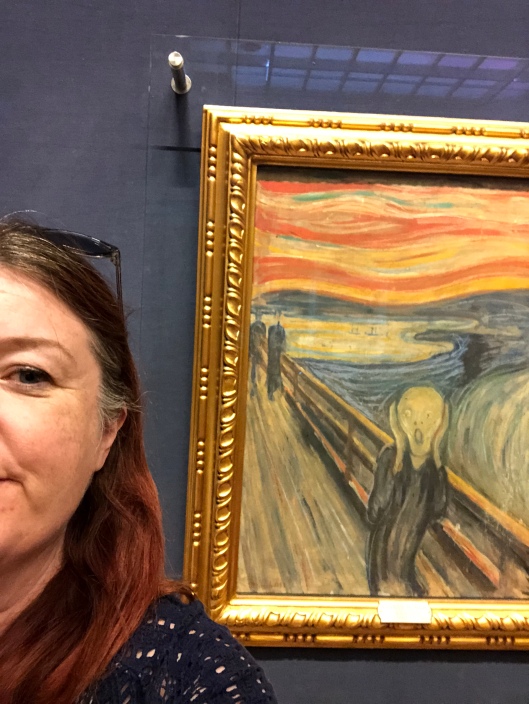 The Fram museum is now one of my favourites in the world!  The Fram was the boat used by Roald Amundsen to travel to the South Pole, ahead of Captain Scott.  Amundsen and his team were the first ever to reach the South Pole and the story of the tragic failure of Captain Scott is as well, if not more, well known.  This museum houses the actual Fram which you can go aboard and explore.  A particularly well thought out part was how the museum roof was used as a screen and at times it looked like you were travelling through the icebergs.  There is a lot more to the museum than going on the boat and you wouldn’t think you needed more but I have to say it is really well done!  Fascinating. 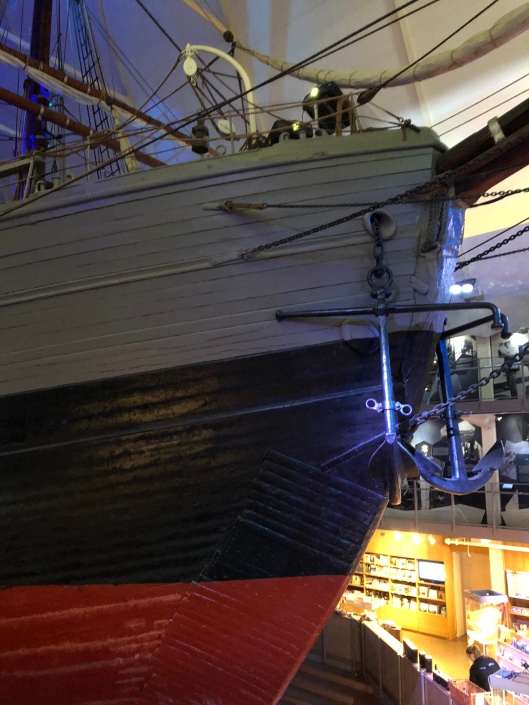 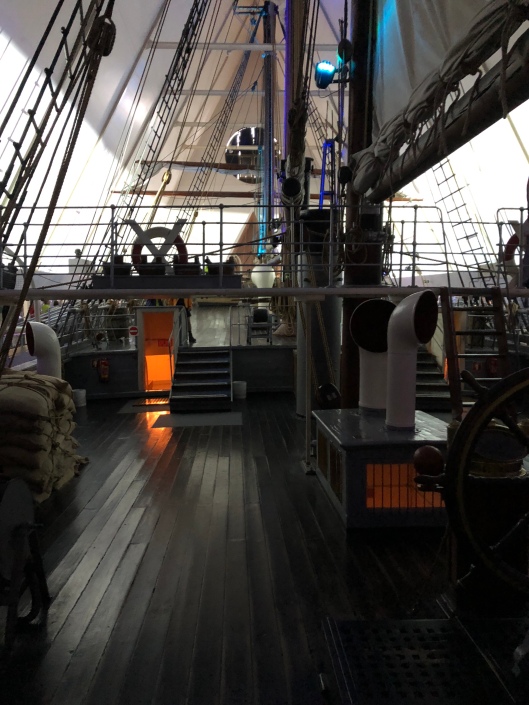 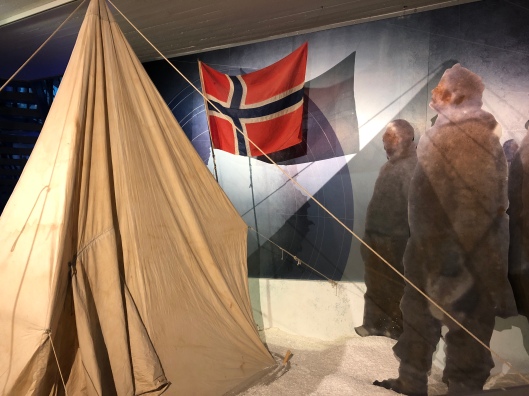 The sculptures I saw all around the city were so interesting… 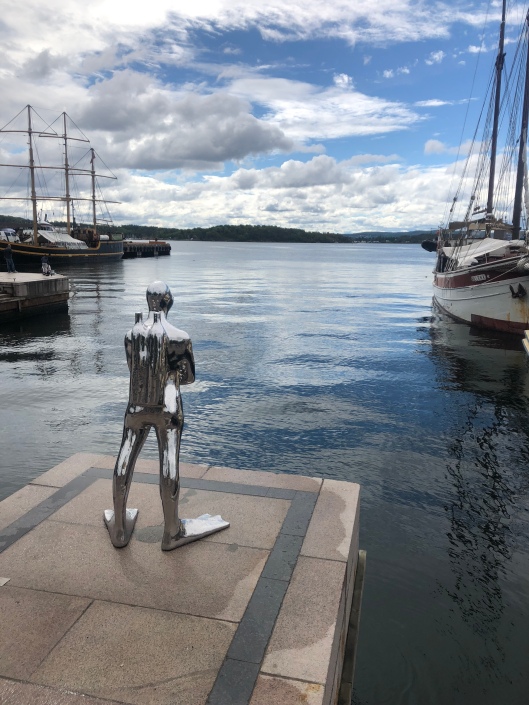 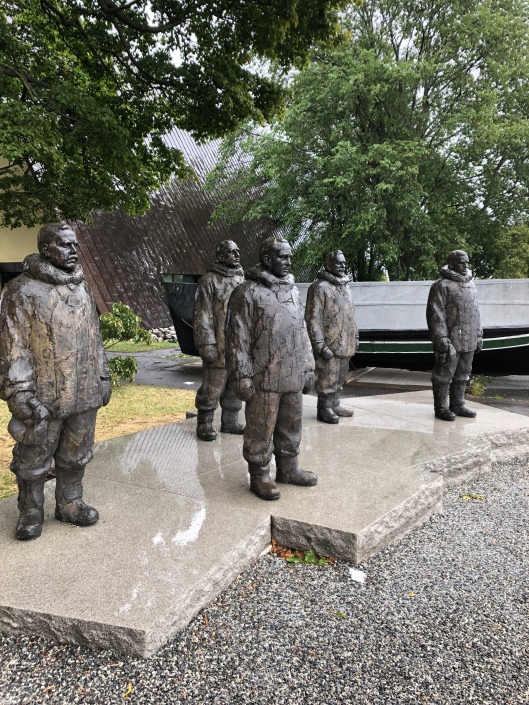 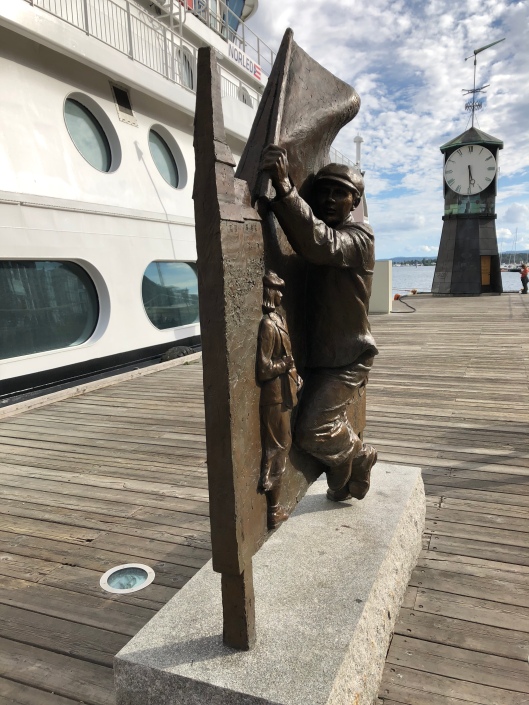 The City Hall is amazing, such fantastic and imposing architecture. 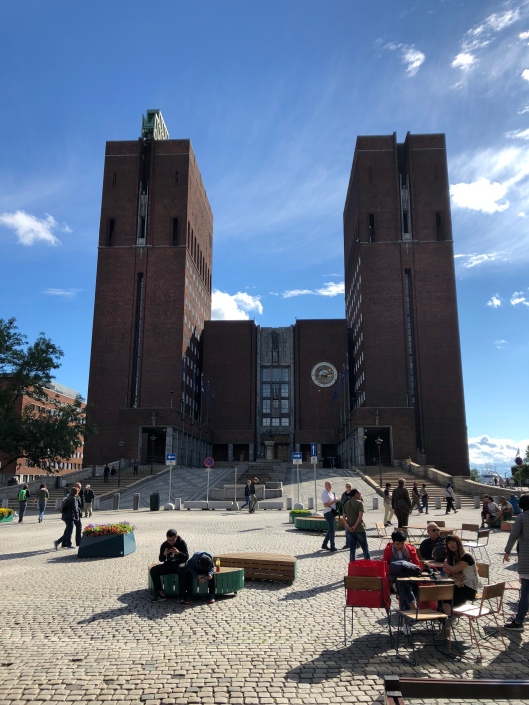 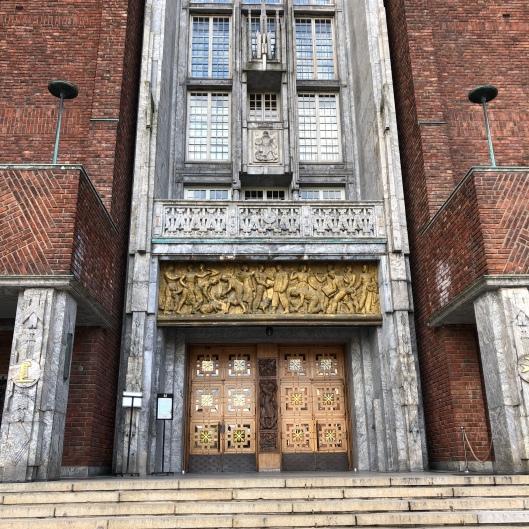 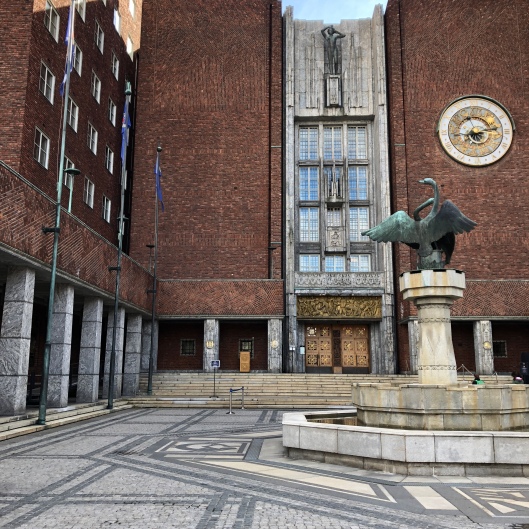 I found the city easy to navigate, the main shopping street has the Royal Palace at the top and the railway station at the bottom.  The water is visible from the street and here you can find the fort, boats for trips, plenty of restaurants and a walk to the opera house.  I was really disappointed not to have got to the big sculpture park and there were plenty of museums I could have gladly explored with a little extra time.  I would still have to reconcile how very expensive it is to stay here so let me know if you have any top tips or great places to stay next time! 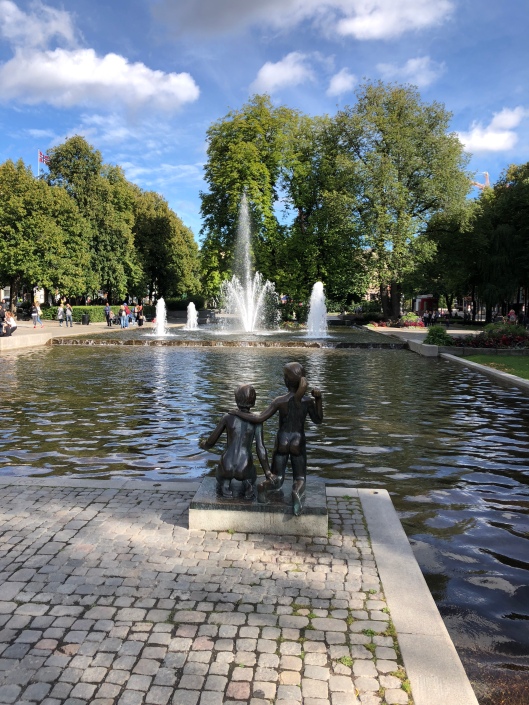 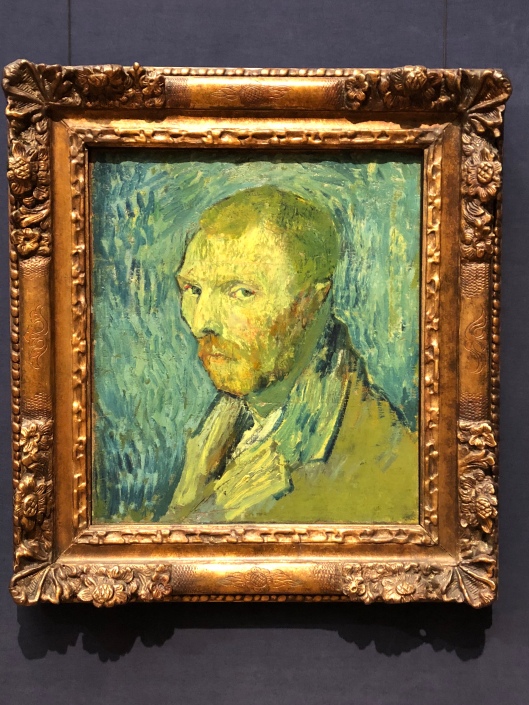 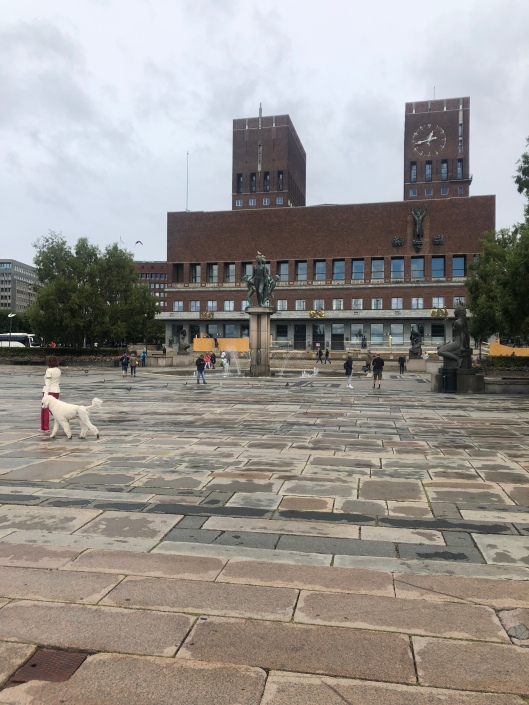 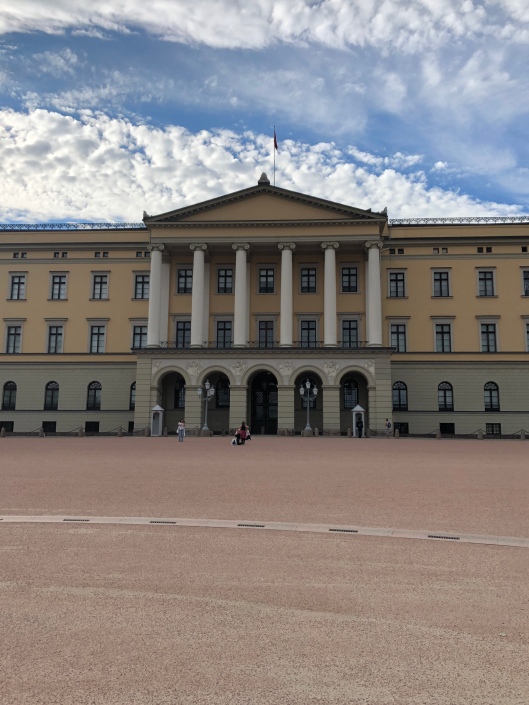 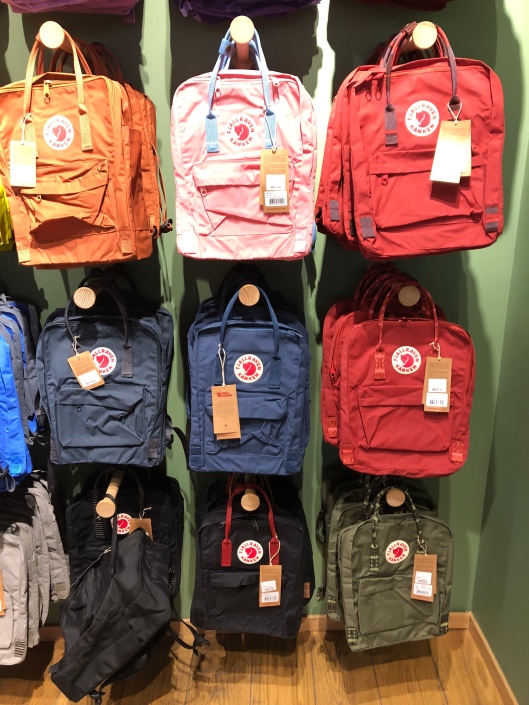 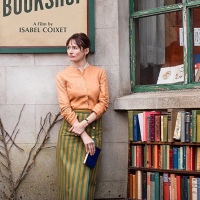 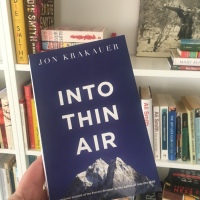 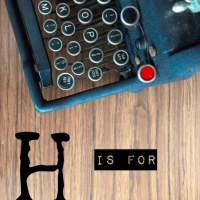