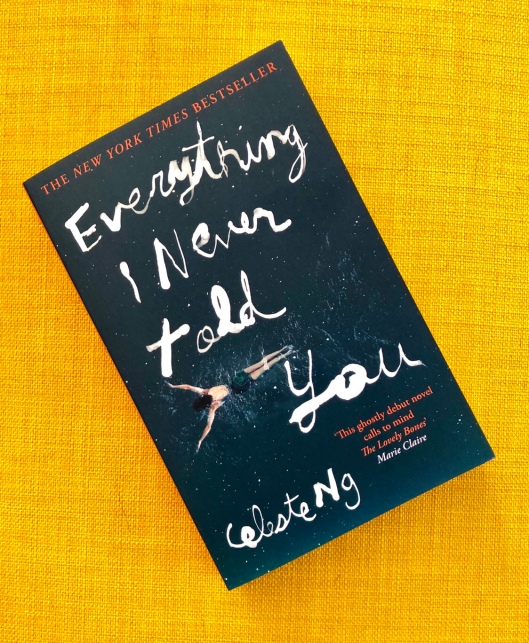 A few months ago I read Little Fires Everywhere by Celeste NG and really enjoyed it.  I thought the author wrote beautifully, developed characters really well and really played with me, making me get behind one character before wording me into a corner where I vehemently supported the opposition.  Seamlessly and effortlessly showing me that there are two sides to every story and there doesn’t need to be a bad guy.

Everything I Never Told You is NG’s debut novel and I knew I wanted to get to it but when I saw another Instagrammer saying how much they enjoyed Little Fires and how much they now wanted to read Everything I never Told you I messaged him and suggested we buddy read it.

I had no idea what a buddy read was but everyone else seemed to be doing it.  He could only say no!

He said yes.  We agreed to read 100 pages by the weekend and then touch base.  He got there before me as I tried to pace myself to keep the book going until the weekend.  I told him that as I opened the book I saw that a review compared it to The Lovely Bones and my heart dropped, I hated that book!

Thankfully its a bit like the comparison on The History of Bees to Never Let Me Go.  Ridiculous!  Makes no sense.  It’s crazy because on this occasion, had I seen this book in a shop, I would have been totally put off of it.  And yet it’s nothing like The Lovely Bones.  At all.  And was a great read!

This is the story about a mixed race Chinese / American family.  Dad – James Lee (American with Chinese parents) met Mum – Marilyn Lee (American) at college when he was the lecturer and she was the student.  Marilyn wanted to be a doctor whilst James taught the most American thing he could find, the history of cowboys.  When the pair realised that there was something between them he told her that it had to stop because she was his student.  She dropped the class.  Within months she was pregnant and they were planning their wedding.  She dropped out of college thinking she would soon return. Becoming a doctor was everything to her.  The last thing she wanted to do was to become like her Mother, a housewife.

Marilyn’s mother met James at the wedding and was not prepared at all for his background.  She warned her daughter that it would never work.  They married anyway.  She never let her mother know about the children that came after that.  Three children, two girls and a boy, Nath the oldest, middle daughter Lydia and youngest Hannah – conceived the night before Marilyn ran away from home to recommence her studies to become a doctor.

But the story starts with the death of Lydia.  And from that moment, when this families world fell apart, their history is told from meeting to marriage to realisations.  Parents realising that they don’t understand their children or know anything about them, when they thought they knew everything.

This was such a well written book which, of course, I should have expected.  But debut’s often leave me cold and I’ve come to learn that writers can only get better.  My goodness me this writer just started really well.  The finesse of her writing as she moves the story between the characters almost imperceptibly is like watching ballet.  I’ve read so many books this year where the author feels the need to give each character a chapter and tell you in big bold letters who’s part this is, like I’m some sort of idiot.  Here NG moves the story on for all the characters in mere paragraphs, their stories crisscrossing each other and feeding into each other.  The theme of family is explored in such an interesting way and I feel the urge to push this book on all parents with more than one kid.  To help them see that they do have favourites, often driven by their own agendas, and that the quiet ones need their love too.  Their interest.  Their encouragement.

Again NG brings in her Chinese heritage and I find that fascinating in her books.  Here she talks about Chinese immigration and the racism that the Chinese have dealt with in America (and other countries of course).  Things that some people seem to think are harmless or charming.  Pulling their eyes up.  Calling them Chinky.

Showing how lonely difference can be is pivotal in this book and applies to more than being a different race.  For me, being Autistic.  For you possibly something else.  For me the lessons that people seem to have taken from Eleanor Oliphant, about checking in on the different people, is so much more beautifully dealt with here, so much more eloquently. 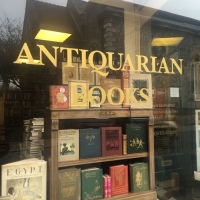 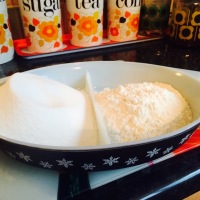 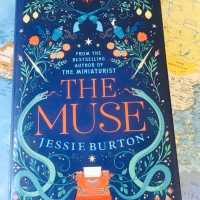 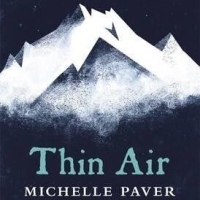