My usual preamble – how I got here… It’s no secret that my favourite book of all time is Rebecca by Daphne Du Maurier.  One afternoon while perusing a Facebook book page I exchanged comments about how I loved that book and particularly the impact that the Cornish landscape has on it, how much atmosphere it adds to it.  The person I was in conversation urged Penmarric on me saying that Cornwall was ever better in that, and that I should please read it.

Cut to me, three days after having started this 700 page epic tale of a Cornish family of Aristocrats and their family home Penmarric, finishing it and sitting here to tell you about it.

Penmarric was published in 1971 and so I present this as one of my vintage book reviews.

The Blurb – Follow the fateful passions and chequered fortunes of the Castallack family in Susan Howatch’s bestselling saga.  When Mark Castallack sees his longed-for inheritance Penmarric, a gothic mansion on the bleak cliffs of Cornwall, and the mysterious, mesmerising Janna, he knows that he will make them his and nothing will stand in his way.  Yet when Mark realises his dreams, Penmarric brings only conflict, jealousy, infidelity and betrayal.  Spanning the Victorian era to the Second World War, this gripping story of one man and his two feuding families chronicles the tempestuous clashes between warring sons, wives and mistresses, and between a house divided against itself.

The book is told from different characters starting with Mark who lives with his father in Cornwall.  Early in life his estranged mother takes him to show him Penmarric which was her family home on the North coast of Cornwall.  When her brother died young the house was willed to a distant cousin and she spent years trying to win back the house which she felt was unfairly not hers.  She longed, she said, for her son to have it.  Around the time of his 20th birthday his mother is finally successful in securing the future inheritance of the house for her son but not without emotional damage.  She tells Mark that it is possible that the current heir is his father as she had an affair with him before returning to her husband and having a second son with him.  Mark realises why his father has always favoured his second son.  When he tells his father that he will inherit Penmarric after all his father tells him that this will make things easier and he will give his own family home to his second son.  Mark sees this as validation for his feelings that his is not his fathers son and slams out of the house into the storm.  His father follows and they eventually reconcile though not before his father has become ill.  He dies a few days later.

In the meantime Mark had been visiting a local widow, Janna, who was 10 years his senior but who he was infatuated with.  She is not interested in his advances which frustrates him and he even proposes marriage to her which she does not accept.  He goes to town and hooks up with a young Nanny who he manages to make pregnant.  She is a middle class girl with no family.  He has no interest in marrying her as he only has eyes for Janna still but he borrows money to set her up in a house to have the baby, dedicating himself to financially supporting her.

After the death of his father things progress with Janna and they marry and she becomes the mistress of Penmarric eventually.  Mark and she have children virtually every year and whilst they are initially happy he becomes bitter about the amount of time she spends in confinement and spends more and more time away from the house.  When one of her children is very ill Janna locates Mark who is at home with his mistress and their now two children,  one of whom is virtually the same age as one of her sons, Phillip.

The relationship between Mark and Janna goes from bad to worse until one day when taking Phillip away from school for a weekend away in Brighton Janna sees Mark and his second family in the restaurant.  Phillip is confused, though happy to see his father, who he has not seen for some while, thinking he is living in Cambridge for work.  On this occasion Mark rapes Janna and their last child is conceived.

I thought this book was stunning.  I couldn’t put it down though had to at points to sleep! But literally when I was awake I was reading it.  I became so fascinated by Cornish tin mining that I was watching Youtube videos about it and reading Wikipedia about it.  Cornwall already has a place in my heart and this book painted it beautifully, particularly the rugged North coast.  One of the things I loved about the book was how it made me reflect on my own life, on a good upbringing and having good manners, on why siblings don’t get on, on what happiness is and how most of what you see about someone else is a facade.  Another thing I absolutely loved about the book were the quotes the author used at the beginning of each chapter illustrating that the story was told from a relatively modern perspective but mirrored history, seeing Mark as Henry II for example and Janna as Eleanor of Aquitaine. 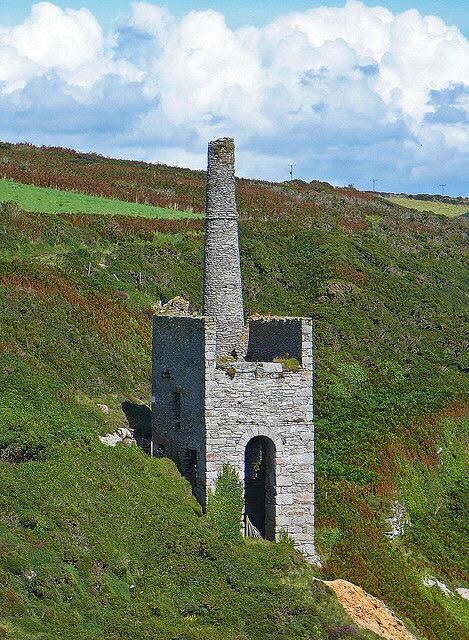 I would give this book 4.5 *.  It wasn’t perfect.  It still wasn’t Rebecca though I agree, Cornwall was perfect.  I loved the story and I think that’s what I loved about the book but for me there was just a tiny little something missing.  But, as I say, just tiny.  Ultimately this was a very good book, a very good book indeed.  I’ve ordered another highly thought of book of the authors to read set in Ireland and I very much look forward to losing another three days of my life!