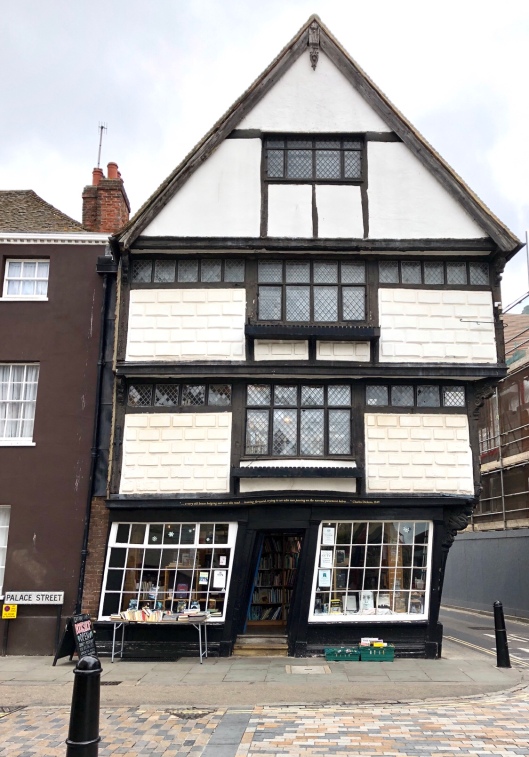 This weeks bookshop challenge took me back to Canterbury.  You may remember, if you have been following my challenge since the beginning of January, that I was reticent of sharing Canterbury with you as it is my book town, or City in actual fact.  I probably visit Canterbury once a week, just to go to the bookshops!  There is a great independent second hand shop which I just love, my absolute favourite Waterstones and several very good Charity pure bookshops.  When I first posted about Canterbury I was contacted by quite a few readers to point out the one that I had omitted.

So this week my post is just about that.

The building is the first thing that wows you about this charity bookshop.  Known as the crooked house its real name is Sir John Boys house and it is named in recognition of that man, who was the first recorder of Canterbury and died in 1612.  The house was built a few years after he died.  It has the reputation of being the most photographed building in the city, which I find hard to believe given that it is in the shadow of the mighty Cathedral!  Apparently the house started to move sideways after some unfortunate structural work.  Now the door is virtually sideways!!!!

Above the door is painted: ”a very old house bulging over the road…leaning forward, trying to see who was passing on the narrow pavement below….” which is a quote from Dickens’ work David Copperfield and a description of the house Copperfield lived in whilst attending the Kings School in Canterbury.

It is in a spectacular position in the city, just past the entrance to the Cathedral and a short walk down the Kings Mile, past an eclectic mix of independent shops, the crooked building sits in prime position overlooking the Kings School.

The charity has made the most of the building too and it is so good to be able to get into the building and see the woodwork and listen to the incessant creak of the floors!

There is an amazing selection of books with a particularly excellent room dedicated to general fiction, crime fiction, children’s books and classic literary fiction, even a bookshelf dedicated to true crime. 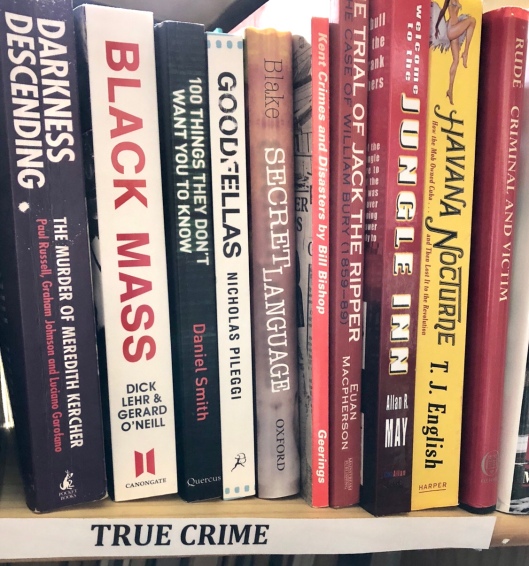 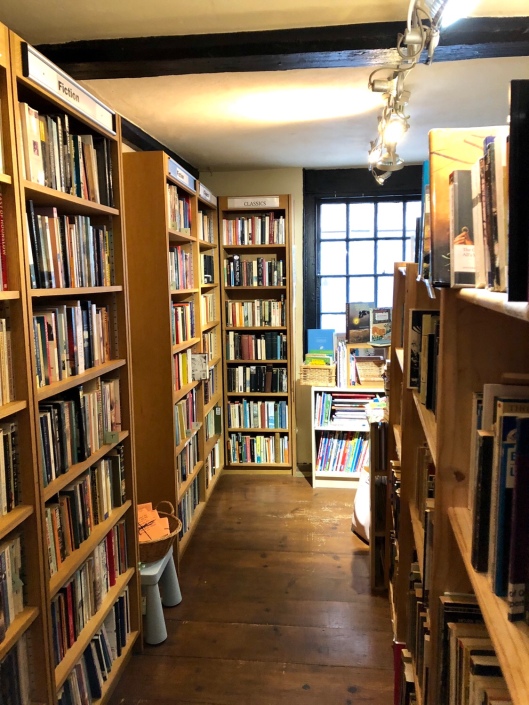 I had a great browse in here and was delighted to pick up some rather great books, all for about £2 each.

The charity the bookshops works in aid of is called Catching Lives which is an independent charity aimed at helping rough sleepers in the city.  See what they do and how to help them here

3 thoughts on “Bookshop Challenge 2018 – The Crooked Bookshop in Canterbury”