When I bought Circe the bookseller told me that copies were flying off of the shelves, that as soon as they put them out they were sold.  Perhaps for many, the reason for buying was the same, pretty pictures on Instagram!  The book is everywhere!  The gorgeous gold cover glinting in the sunlight.  How apt given that Circe’s father is the Greek God Helios, god of the sun. 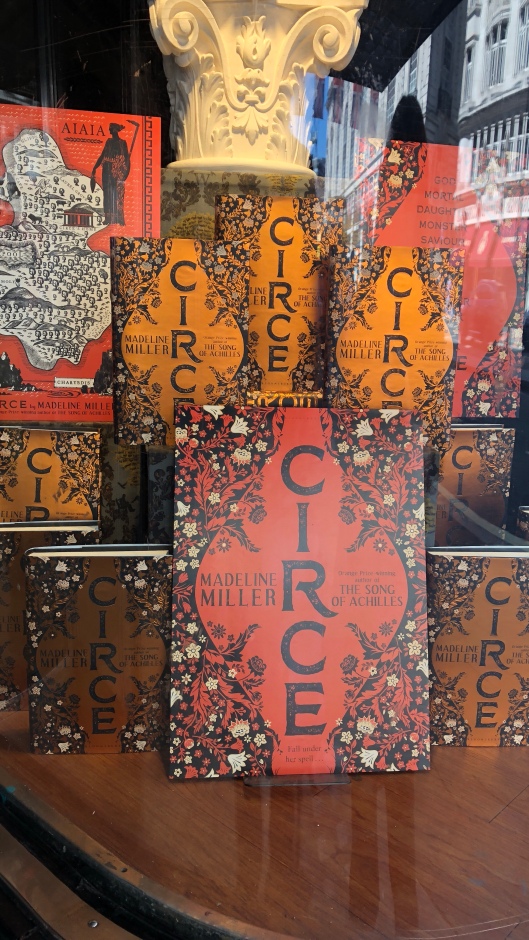 I came to Circe with not much previous knowledge.  I’d read something about this story saying it was about a witch and that was about as much information as I needed.  I also found out it was about Greek Mythology.  I don’t know a lot about that.  I recognised some of the names as I read the book, Achilles, Hermes, Jason (and the Golden Fleece).  Those really obvious ones.  But I had never heard of Circe and initially thought it was called Circle.  I wrote to the publisher asking if I could review Madeline Miller’s book Circle.  I never heard back from them.

So much to learn!

Circe is a figure from Greek Mythology and is a character in Homer’s The Odyssey though with very few mentions.  Mainly mentioned for being a witch who was banished and helped her brothers’ daughter become clean after she murdered her brother.

I think I am one of the few that started the book without high hopes.  I hadn’t built it up I just wanted to read it.  I had heard that Miller’s first book, The Song of Achilles, was tremendous and that Circe had a lot to live up to but as I hadn’t read it and had just finished Home Fire (which was awesome) I was just ready to read.

Circe is the daughter of Helios, the God of the Sun, and Perse.  She is their oldest child.  They also have twins Perses and Pasiphae and there’s a younger brother, Aeetes.  Neither parent are particularly hands on or loving, the twins abhor Circe and she ultimately raises her brother Aeetes as her mother isn’t interested.  These people are immortal so time just goes on and on.  Eventually Circe meets a mortal, a fisherman, Glaucos, who she thinks she loves and she uses magic, though she does not really understand that she is, to turn him into an immortal God.  She believes that they will now marry but Glaucos has his now immortal eyes on a beautiful nymph, Scylla and they plan to marry.  When Circe finds out she is devastated and turns Scylla into a sea monster.  Circe confesses this to her father hoping she will get some positive attention but Helios realises that he will be in a bit of trouble with Zeus for witchcraft.  It turns out that all his children with Perse are witches.  By this time Paiphae has been married off to the King of Crete, Minos, Perses has gone off and Aeetes has his own kingdom, gifted to him by his father.  Helios meets with Zeus to discuss the situation and it is decided that the other three children can be left but that Circe must be banished and live in exile.  Meanwhile Helios is to have no more children with Perse.

Helios takes Circe to the island of Aiaia where she is left without a word as he flies off on his chariot.  Circe makes a life here, teaching herself witchcraft and living amongst the animals including tame lions and wolves.

Gods visit her as do mortal fishermen.  Some seek to take advantage of a female alone surrounded by nice pots.

And I will leave it there because the events of the book really happen after she is banished.  Every event took me by surprise.  I recognised more stories as I read, the minotaur and the labyrinth though the origins of all that were a bit shocking.  Circe definitely didn’t like Jason and frankly his behaviour merited it.  And of course, Circe turning men into pigs.  Apparently that is what everyone knows her for so I hope that I haven’t spoilt that for you!  I didn’t… As I’ve said.  Do you think I have an issue with having not known!

I powered through this book.  It was a tremendous delight to read it and basically that is all I did for two days.  I read morning, noon and night because the book was just so, well delicious.  The language was magical in itself and oozed and sang all through the book.  The book is written in the first person, from Circe’s point of view of course, and thus her voice becomes everything and is so consistent throughout.  I rode the waves with her, the loneliness and the loss, the companionship and the plants she found.  The description of the island was glorious and I spent seasons there with her, made draughts with her and stood up to Gods with her. 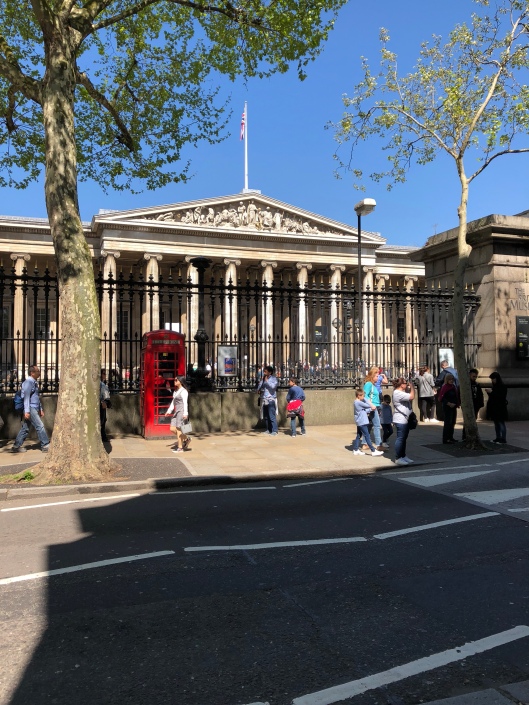 The day after I finished reading Circe I went to the British Museum and feel really lucky to have seen Madeline Miller speak alongside Kamila Shamsie, the author of Home Fire, about the use of Greek Myths in modern literature and how relevant they remain.  The pair of authors were hosted by Bettany Hughes who is a historian.  The discussion was fascinating.  All agreed that the female character was very important in Greek literature but very undeveloped.  Thus Miller’s decision to write Circe’s story and give the big men characters like Odysseus minor roles.  Miller believes in all likelihood that females were more developed in Greek myths but that those versions have been lost or destroyed over time.  All spoke about how important the Greek myths are today because they show that dark times were occurring thousands of years ago and the myths show how they played out.  Time and time again we find ourselves in these dark times because we are human and it is useful to refer to the Greek Myths to show that everything continues.  There is an inevitability about it all.

After the talk I met with Madeline Miller and gushed at her!!!!  But she signed my book.  My first edition hard back copy that I have written notes in the back of and utterly devalued in the process.  But I genuinely think that I will read this book again.  I really loved the writing and would wholeheartedly recommend it. 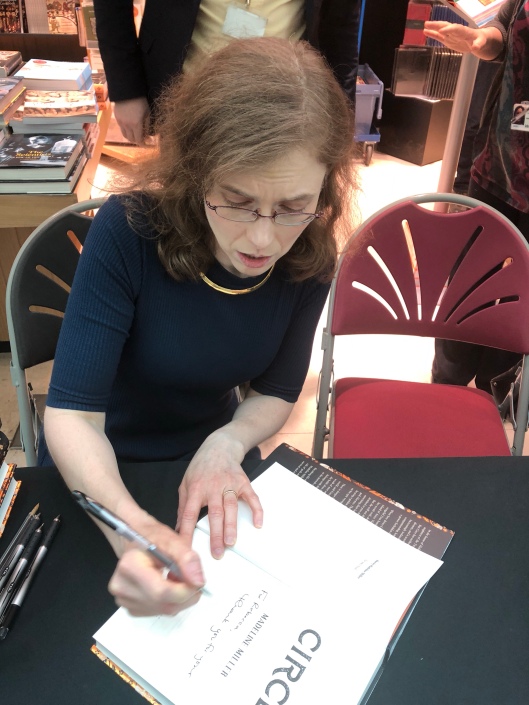