As we’ve been cycling this weekend again, and I keep mentioning that we are in training for a bike ride next year, I thought I would do a quick blog about the background to all of this.

My 40 year old husband has rheumatoid arthritis.  Not only is he very young to have it he has been diagnosed for about 10 years.  And they only diagnosed it when they could no longer avoid saying it just couldn’t be rheumatoid arthritis because he was too damn young for it!  He’s probably had it most of his life.

It was quite an impactive diagnosis.  A label like that can have a detrimental effect on you. The fear of what the future holds.  The terror of the present was more pressing at the time.  Chris’ knees were so swollen that he was regularly having them drained.  An excruciating process.  Sometimes he could hardly walk and he still can’t really kneel down.  Always worth watching him try to get up if he is on the floor.  He is brilliant at it, bearing in mind he can’t actually properly bend his knees.

Anyway.  What is the point of this?  The point is that when he got that impactive diagnosis the thought of the future with such a debilitating illness weighed heavily on both of us.  He was (and is) such a young healthy man.  Much as the effects were already horrific the dread of an inability to move properly as the years went on scared us.  We tried all sorts of things.  Arthritis diets.  He got some kind of stretching machine.  Somewhere amongst all this he finally got allocated a specialist who diagnosed him the right medication and changed his life.  He is no longer ashamed of his knees which now look normal.  Once his body started to settle down and they were holding the arthritis in remission he got a grip of making his body strong.  He did the couch to 5 k programme.  I remember him moaning about it.  Thinking he couldn’t do it.  He had arthritis in his knees.  He did it.  He still runs 5 k today.  To do more than 5k has a negative impact of his body.  To do 5 k fairly regularly makes his body happy.

A few years ago he started cycling and this has become his passion.  He has a bike he is proud of and he goes out every weekend, rolling out the miles.  Over these past few years he has found a strength he doubted he had.  He is fit and healthy.  He still has a diagnosis and his weekly nausea in response to his weekly injection is tough.  But he gets his head down and pushes on through.

2015 was a difficult year for our family with a number of illnesses and one in particular that saw my mother in law being treated by Moorfields Eye Hospital.  When Chris saw an opportunity to cycle the Ride London Event and raise money for Moorfields in the process he jumped at the chance.  By the time he rode the 100 miles he had raised £1,000 for them which is phenomenal.  And he also went and cycled 100 miles of course which was pretty amazing.

The Ride London event starts at the Olympic Park and loops out through London round the Surrey hills and back up, alongside The Thames into London, finishing outside Buckingham Palace.  We were there to wave him in along The Mall. 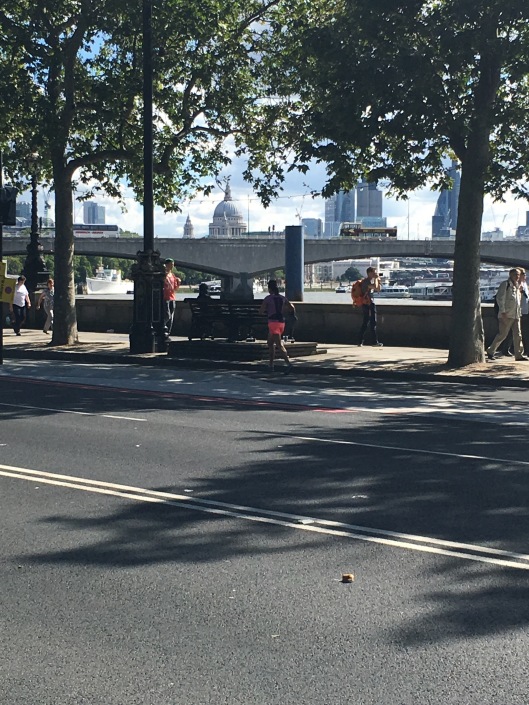 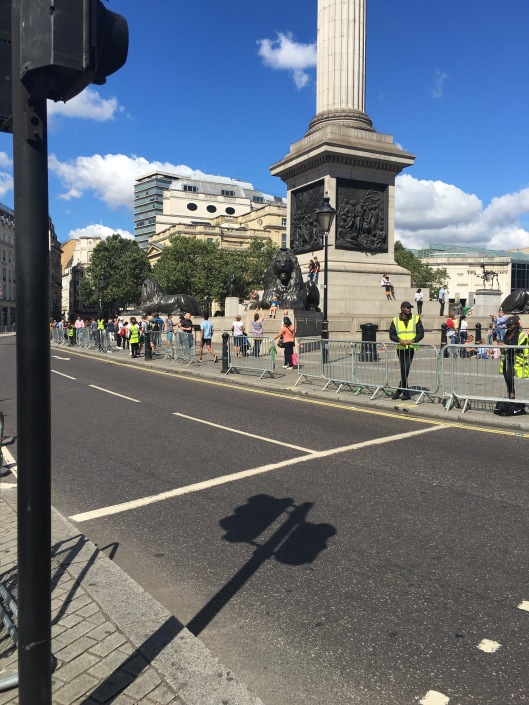 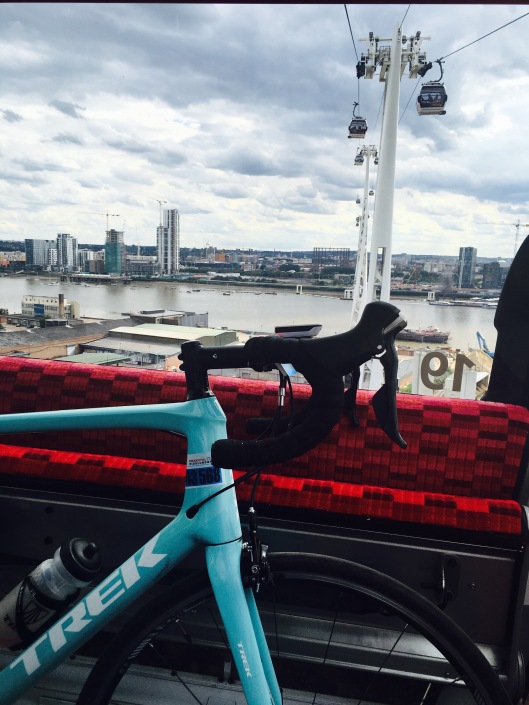 He was exhausted when he finished and explained the highs and lows of such a monumental ride.  He said that he would never do it again.  Unless I did it with him… So when the ballot opened he signed us both up.  Fingers crossed that we get to ride together next year.  In the meantime I am going to spend the next few months trying to up my mileage.  I have no excuses at all.  Chris has plenty and he never uses them.  He is not complacent about how amazing his body is.  He is such an inspiration!